Every morning on the way to the studio I walk through the underpass near Fountainbridge cinema. If you live in Edinburgh you know the one – that grotty row of green and red strip lights that connects the Western Approach road to Dalry Road. A few days ago I untangled my headphones, put Angles by The Strokes on my iPod and set off with a jaunty retro-pop spring in my step. I came upon an underpass regular, an old man who plays guitar and whistles the melody. He never makes more then a few coppers a day but seems to like the routine. The busker (let’s call him John) stood in a single box of sunlight creeping in from above and was really getting in to his whistling, head lolling back and forth to a tune that synched with my own merry gait. I stopped and had a little boogie with him, enjoying the warmth from the sun and the sweet sound of Albert Hammond Jr. effortlessly laying out riffs.* John the busker didn’t seem to mind that I was dancing to my own tune, it was something we had in common on that cold February morning.

The underpass is constantly changing, nearly every week the walls are whitewashed, scrubbed clean by community service workers or un-employed graduates who want to keep their job seeker’s allowance. Never the less, each week fresh graffiti appears. I imagine a group of aerosol-wielding ruffians hiding behind the old police box each night, eagerly waiting for their canvas to be prepared. Gradually the dirty white walls fill with colour, the usual mix of sloppy stencil work, tags, rude slogans and the (very) occasional skilled piece of art that makes you stop and have a proper look. It’s not New York subway chic, it’s nothing that would end up in a coffee table book but it’s real and I like it because it’s a reflection of the people that live in my area.

I got to the studio and told Scott about my little boogie with John the busker, he laughed and said ‘you can’t do stuff like that Alison, you don’t live in a film, OK?’ I disagree. I love imagining my life as a narrative; it helps me to see stories elsewhere like the underpass, constantly refreshed with chapter after chapter of late-night adrenaline and cold morning music.

Hurrah for rubbish graffiti! Let my morning commute be filled with movies scenes, and let the streets of Edinburgh continue to change expression. 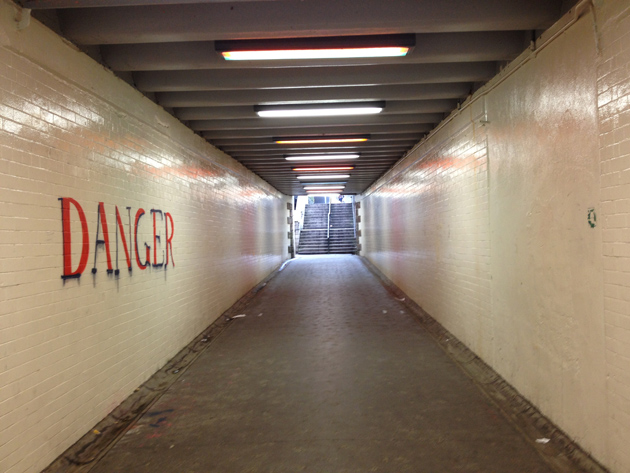 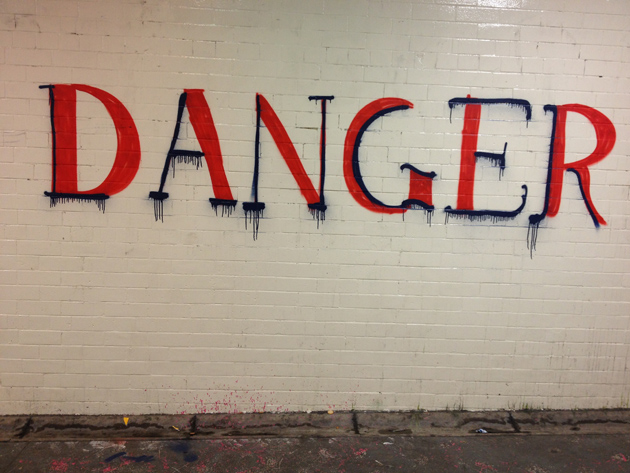 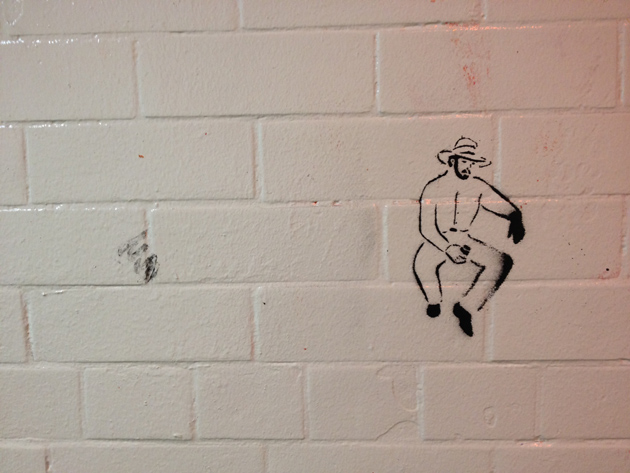 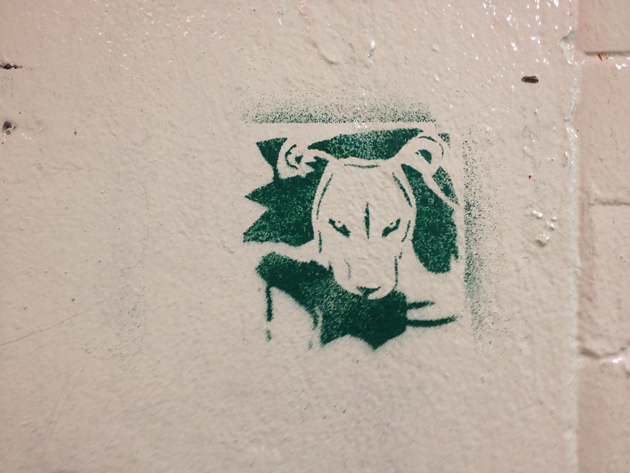 *makes me weak at the knees.